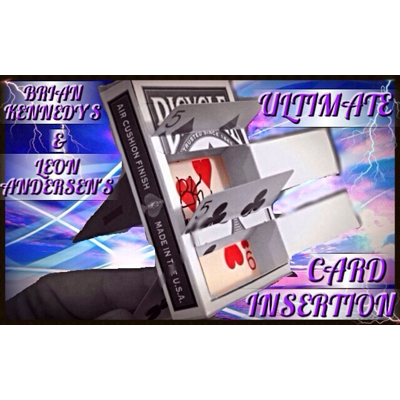 "That is wicked clever! A totally fooling illusion!"
- Cameron Francis

"Brian Kennedy is a name to watch out for! Brian uses diabolical 'out of the box' thinking to create stunning magic, UCI is just one example of his very clever thinking and routining!"
- Gary Jones

"I've been a working magician about 10 years and I've seen a lot of tricks. This fooled me badly and it's a worker, get it!"
- Carl Campbell

"Brian has put together a gem here. The moment here the card box is exposed to show the sign card inside, impaled by the two cards is a perfect illusion!"
- John Carey
Add to Cart