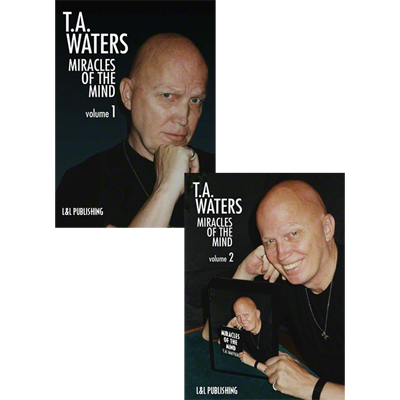 One of the cornerstone books in the field of mentalism is inarguably T.A. Waters' magnum opus, Mind, Myth & Magick.This massive tome - a monument to a life of work in the mystery arts - has become an almost standard reference work for anyone aspiring to become a mentalist.

Now, you can meet the man behind the legend and watch him as he brings his creations - many right from the pages of Mind, Myth & Magick - to life in front of an enthusiastic and justifiably amazed live audience. Then, T.A. Waters will take you behind the curtain to show you the diabolical machinations behind the miracles. In addition, you'll be treated to his timeless thoughts about creating and preforming magic and mentalism in his insightful "T.A. Talks."

Strong effects...strong opinions...and one unforgettable performer. T.A. Waters'Miracles of the Mind, like his book, is destined to influence yet another generation of mystery entertainers.