SKU:
CA$65.00
CA$65.00
Unavailable
per item
Just when you thought the Alexander story couldn't get any more amazing, along comes this new, greatly-expanded edition. Loads of new stories that read like a Saturday afternoon movie serial and dozens of new photographs.

Throughout the book, two very different stories unfold. First there is the account of Claude Alexander Conlin, the man who became perhaps the highest paid entertainer in the field of magic.

Starting out as a stage illusionist, Alexander eventually discarded the large props and relied on his tremendous skills as a showman to put over an act of mentalism and psychic readings. As the turbaned Man Who Knows, Alexander earned four million dollars over the course of a relatively short career during the 1920s.

Add to Cart
The second story that runs concurrently with Alexander's theatrical career includes details on his seven marriages (sometimes to more than one woman at once), time spent in local jails and federal prison, his trial for attempting to extort an oilman millionaire, his failed attempt to out run the authorities in a high powered speed-boat loaded with bootlegged liquor, and the four men that he admitted killing.

It is not the kind of story in which you expect to find names like Harry Kellar, Dr. A.M. Wilson, Harry Houdini, Servais Le Roy, Howard Thurston, Floyd Thayer, Joe Dunninger and Harry Blackstone but here they are, both friend and foe alike.

From the gold fields of Alaska to séance parlors on the Barbary Coast to the most luxurious theaters in North America, the story of The Man Who Knows is a story like no other.

In the Introduction to the first edition of this book I wrote: "I wish that I could say that this is the definitive biography of Alexander. It is not. But it is probably the closest we will get at this late date."

Boy, was I wrong.

Following the publication of the book in 2004, a mountain of new material appeared, as if by magic. But, you ask, since Alexander died in 1954, what could be "new?" Surprisingly, a lot. And it came from sources previously unavailable to me.

One of the first persons to contact Mike Caveney and me after the book appeared was Alexander's grand-niece, Cathy Stevenson. It turns out that Cathy is the Conlin family historian. Her grandfather, Clarence, also known as "CB," was Alexander's brother. Cathy had grown up hearing unbelievable stories about her grandfather and great-uncle. Later, she inherited a trunk full of material concerning her grandfather's career as a stage mindreader, which paralleled his more famous brother, Alexander. Clarence also had a successful career as an attorney, defending high-profile Hollywood clients, including family-friend, Alexander Pantages.

In addition to material about her grandfather, Cathy had also researched the Conlin family back to the time they first came to America, which pre-dates previously published accounts. She also had detailed data about the life of Alexander's father, Berthold Michael James Conlin. And perhaps most significantly, Cathy put me in touch again with Alexander's 90 year-old son, John.

I had spoken to John briefly in 2002, during research for the first edition. Understandably, he was reticent at that time to talk about his Dad, as I am sure he was uncertain as to how his contributions would be used. In November, 2005, following the release of the book, I spoke about Alexander at the Magic Castle in Hollywood. There I met Cathy and other members of the Conlin family. I gave a copy of the book to Cathy, who promised to pass it along to John.

Several months later I was back in Pasadena for a weekend at Mike and Tina Caveney's home. I had been there less than five minutes when Mike said, "Let's go see John Conlin." He picked up the telephone and called the assisted-living facility where John resides. The receptionist said John would enjoy the visit. So, after winding our way through Friday afternoon rush-hour traffic in Los Angeles, Mike and I arrived to have dinner with John Conlin.

John was touched that we would visit him. He had enjoyed the book and had more details to offer. In-between bites of peach cobbler, every one of my questions brought forth tales that would be unknown by anyone but the son of "The Man Who Knows." It was all brought clearly into perspective when John showed us a picture of himself at age 5 standing next to Harry Kellar, the Dean of American magicians, who died in 1922. Here we were in 2006, talking to a man who had actually known Kellar! This was an especially jaw-dropping moment for Mike, who had recently published Kellar's biography.

Before we left that evening, John entrusted Mike and me with four large, well-worn scrapbooks. They were filled with family photos, dating back to the turn of the twentieth century. Later that night, back at Mike's house, we both studied the images into the early morning hours of the next day and found many surprising revelations. John and his son, Alexander, were gracious in allowing us to scan any photographs that we found of interest, before returning the scrapbooks to the family.

Back home, I kept digging. Recent leaps in technology have made it easier to find information concerning the illusive Alexander. In just a few short years, the world of information has transformed from paper to pixels. Complete files of newspapers are now searchable via the internet. Previously, when one was researching a person through newspaper files it was sometimes necessary to scroll through hundreds of microfilmed pages to find one morsel of information. If one knew an approximate date and specific newspaper to search, the task was a bit easier. Without this basic data, it was like looking for the proverbial needle in a haystack. Now, after typing just a name or subject into my laptop computer, online search engines can pick through thousands of newspaper files in seconds, bringing forth more information than Alexander would have ever dreamed possible with his mystic turban.

When the first edition of Alexander sold out, Mike and I made the decision that rather than reprint the book as it was, a completely new edition should be created that would incorporate this new material. Some parts of the Alexander story have changed since the previous telling. Other parts have been brought into clearer focus.

While Alexander is still cloaked in somewhat of a veil of mystery, we have now been able to pull that veil aside just a little bit more. I think you'll find, as I have, that the man behind the curtain was even more amazing than his carefully crafted stage persona. 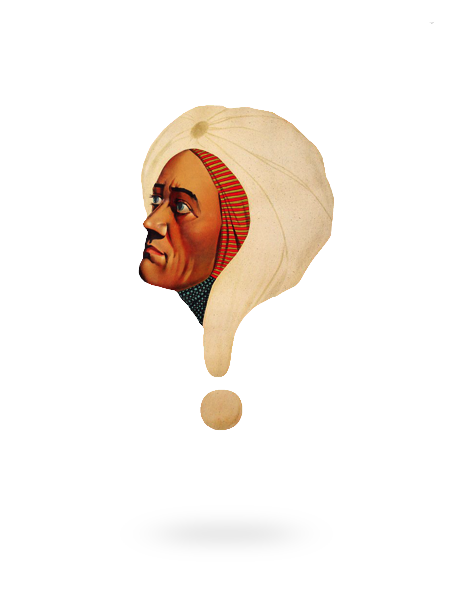 Ask Alexander is one of the most valuable resources in magic today. At present, it contains over 2.5 million pages of material dating back to the beginning of printing.  All access levels feature keyword search; instant translation into nearly fifty languages; and personal search history. In addition, you can easily create personalized bookshelves and collections from your favorite documents.